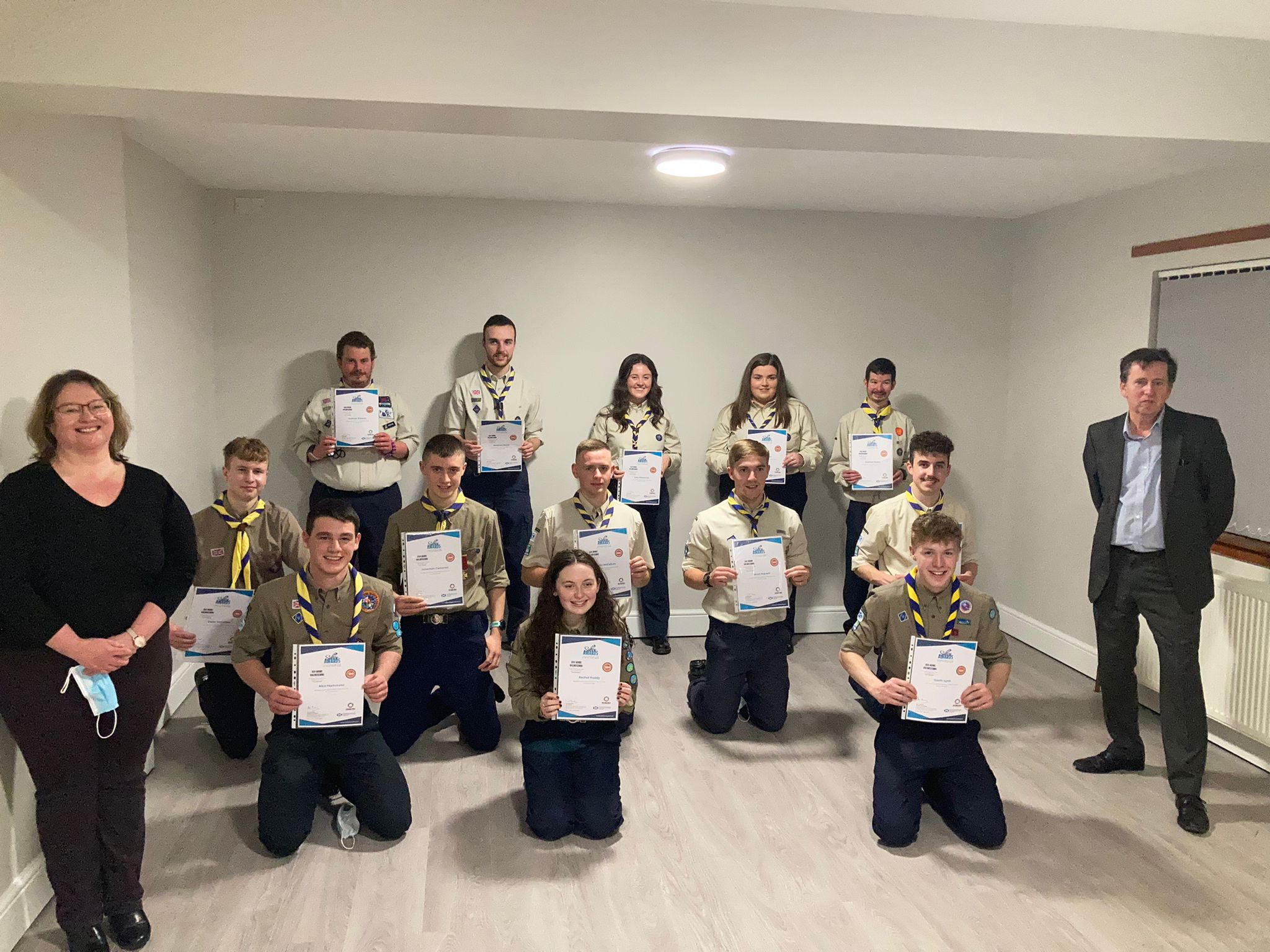 Local Scouts Honoured for their Hours of Service

The 32nd Greenock and District Scouts have presented fourteen of their Young Scout Leaders with Saltire Awards in recognition of their hours of devoted volunteering.

Catriona McLeod of CVS Inverclyde, who distributed the awards, said: “We are delighted to recognise the volunteering efforts of local young people, and very proud to see their hard work rewarded with these Saltire Awards. They represent the true spirit of the Third Sector, and are a wonderful example to other young people, and indeed the wider Inverclyde community."

The awards event was held at the new Scout building on Bank Street in Greenock. The building has been bought and refurbished by the Scouts and will bring a sense of community back into the area. The building will also be available for rental by other community groups.